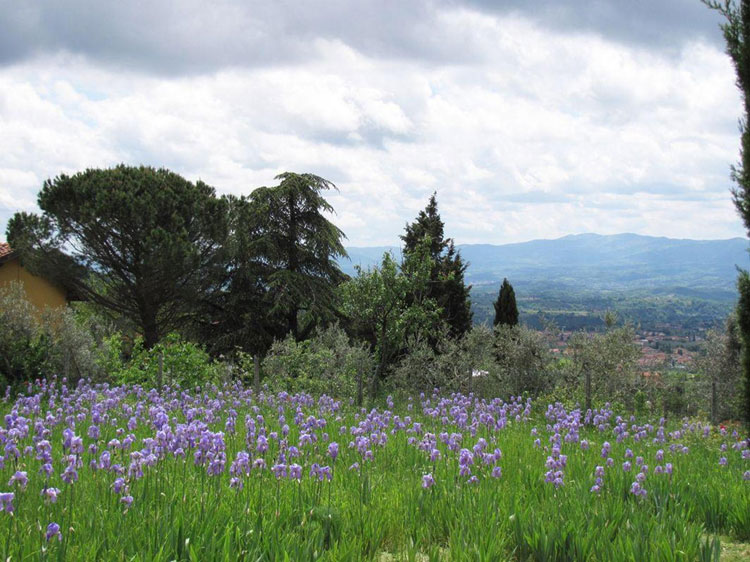 Photo taken at a farm in Reggello, on the outskirts of Florence, where I. pallida is grown for the perfume industry. Photo by Stephanie Boot 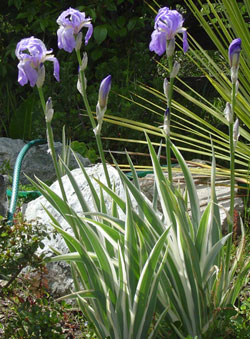 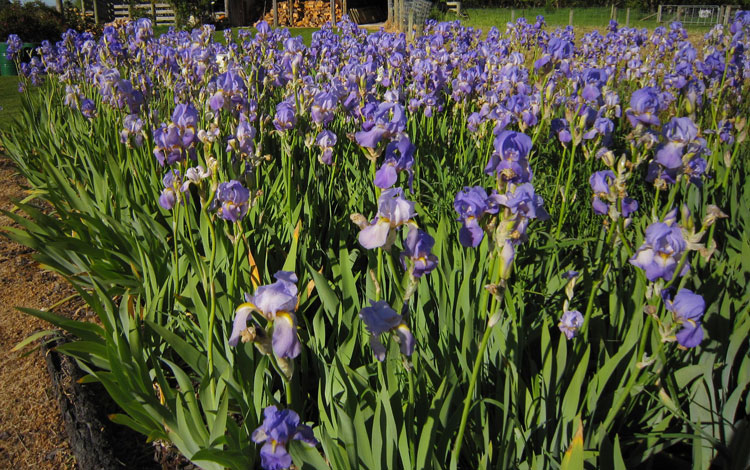 Iris pallida is often referred to as “The Sweet Iris” or the Dalmatian iris. It is also known as Iris glauca and Iris odoratissima. It is a native of The European Alps, Crimea and Dalmatia.

According to botanists, I. pallida was cultivated before 1600 but was not officially named until 1789. It remains a favourite of gardeners today because of its hardiness and fragrance. It grows to 100cm in height with broad blue-green sword like foliage. Stiff rigid spikes are poorly branched but carry well formed and very fragrant light lavender-blue flowers with up to 8 blooms on a spike. Iris Pallida is characterised by its paper like flower spathes sheathing the buds, which have yellow beards. It continues to grow in attractive clumps without dividing for many months.

Iris pallida Dalmatica is very similar with blooms of a more lilac blue. This is a significant species much used by hybridisers as part of the basic foundation of the modern Tall Bearded Iris. It is vigorous and hardy if given a sunny position with good drainage. This is the iris well known for the production of orris root, the fragrant dried rhizomes being used to manufacture perfume. Large fields of I. pallida used in this industry are to be seen in the vicinity of Florence where they put on a spectacular carpet of blue in May each year.

Iris pallida variegata is a variegated foliage form of the species and is a spectacular garden plant which is ornamental for eight months of the year with its grey green and yellow like foliage. There is a rarer form with green and white foliage. Flowers are identical with the species.

In the June Bulletin “The New Zealand Iris Society” Mary Barrell wrote of a planting which seems to be a “pink” Pallida which is outside the Cambridge Town Hall. After trying to acquire a rhizome she was told by the gardener that the clump has to remain with the Town Hall as it is considered a historic planting and is considered part of the “heritage of the site.”