When Sidney Linnegar was a young boy helping a much older woman to tend her garden he had no idea the experience would lead to a job for life and an all-consuming passion for plants – and in particular, irises.

The woman he helped out in the little village his family lived in was Nancy Lindsey, who had been a garden adviser to Queen Victoria and, with expert gardening instruction, she used to give the young Sidney Linnegar plants.

The flower that captured his attention the most was an iris and that kickstarted an amazing journey that is still on-going for the now 73-year-old.

Mr Linnegar is a recognised world authority on irises, a renowned show judge and stalwart of the British Iris Society. A man whose passion has taken him to every corner of Britain, and many places outside the British Isles.

Last week he made his first trip to New Zealand, with the British Iris Society picking up the tab for the return journey from Sydney where he had been judging at the New South Wales Iris Show and attending the Australian Iris Convention in Melbourne.

Mr Linnegar came to this country purely to visit Wairarapa as a guest of the Wairarapa group of the New Zealand Iris Society, and was hosted by Piki and John Carroll. Mrs Carroll is the daughter of the late Frances Love, of Carterton, a woman who was a huge fan of irises and a horticulturist without peer. She had met Mr Linnegar many years ago when she visited Britain and he was show society secretary.

Mr Linnegar said he told his grammar school headmaster he would become a professional gardener and joined the British Iris Society while he was still a schoolboy. He later trained at the Royal Botanic Gardens in Kew, and then worked at one of the biggest nurseries in Britain.

Now a widower Mr Linnegar said his late wife Patricia had developed a great interest in his work and interests, because – despite his huge success as a grower and judge – he still refers to irises as being his “hobby”.

As a rule of thumb he believes gardeners live long and happy lives and he would love to see the membership of societies such as iris societies reach the same heights as they once did.

Many thanks to the Wairarapa Times-Age for allowing us to reprint this article and photo. 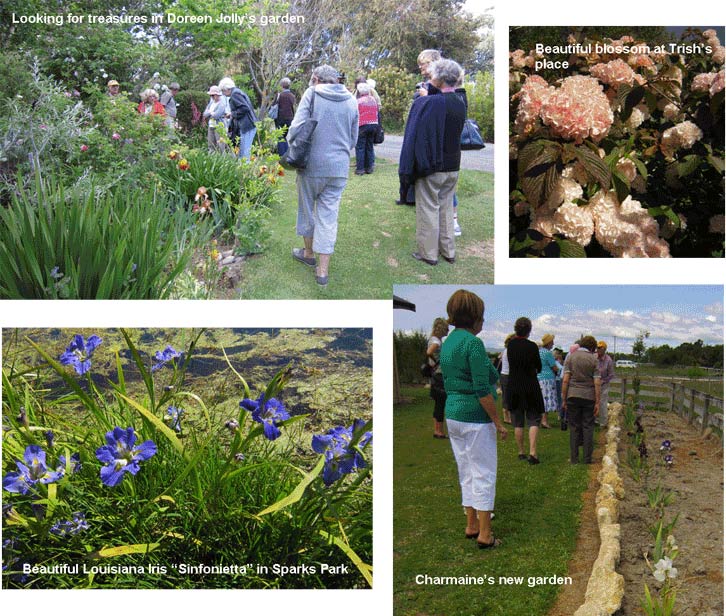 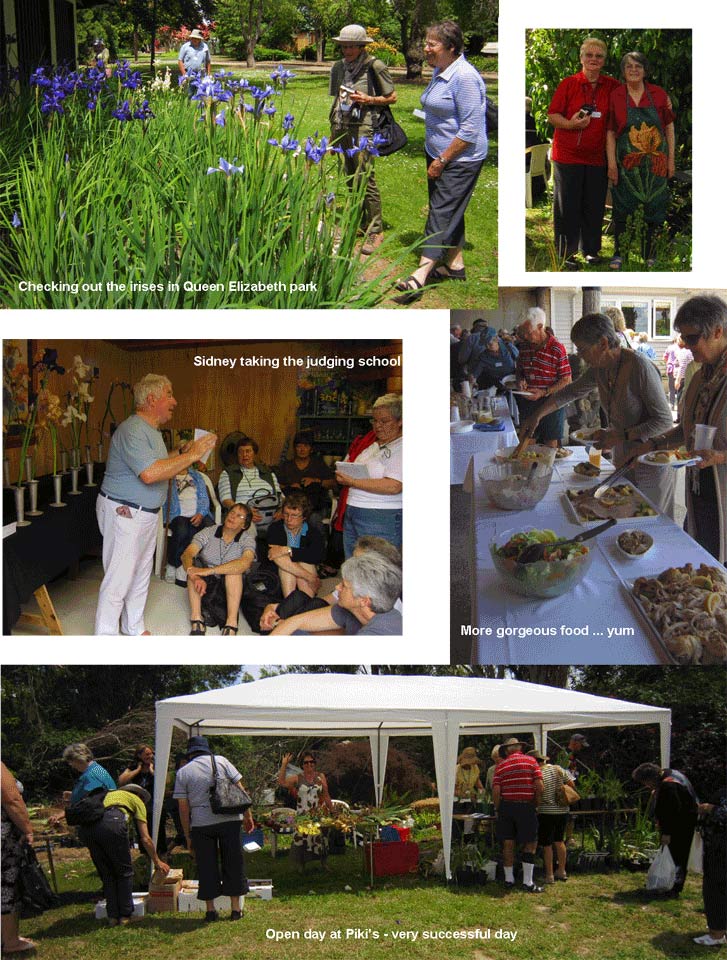